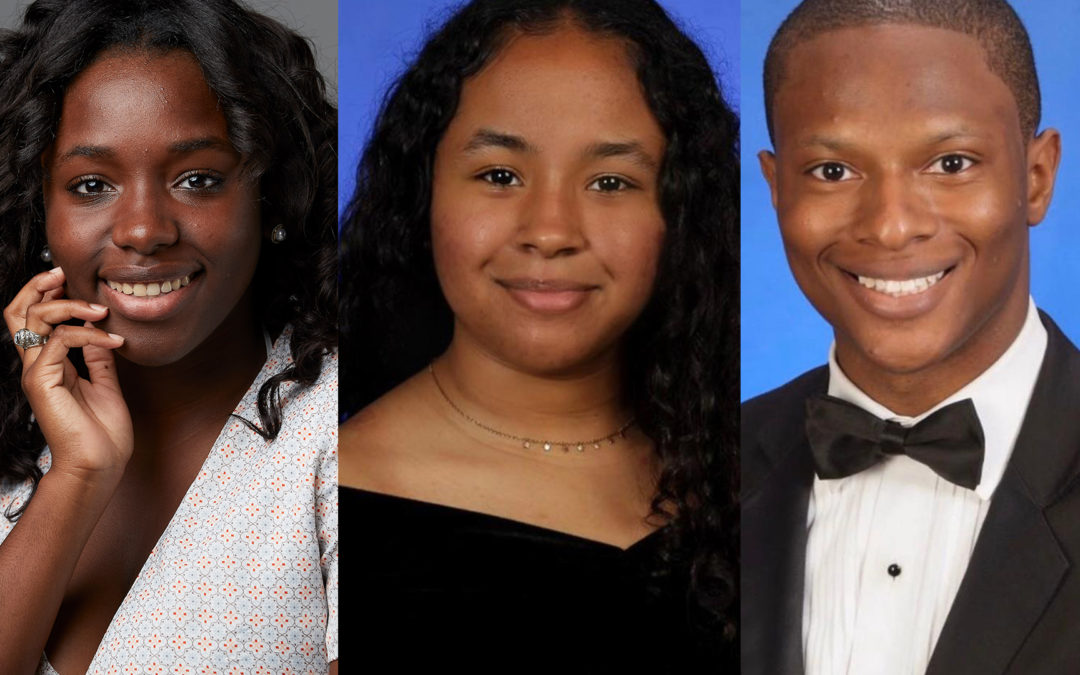 Breakthrough To The Top

Excellence is not a destination it’s a journey. As optimistic and motivated fourth graders, Breakthrough Miami Scholars forge a path to their future. Seizing opportunities to maximize their potential, our Scholars excel with grit, vision, and persistence; making exceptional commitments to rise to new heights. We are thrilled to announce three Breakthrough Miami Scholars have earned a Gates Scholarship this year – Bryce Smith, Heavyn Lee, and Scarleth Meggs.

The Gates Scholarship is widely recognized as the pinnacle of student achievement. This year, more than 35,000 students from across the country applied, and just 300 exceptional students were selected for awards. Breakthrough Miami is proud to celebrate our three 2020 Gates Scholars. 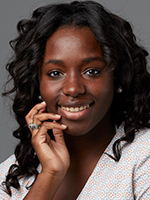 Heavyn Lee is a senior at Miami Beach Senior High in the International Baccalaureate Program, and will graduate with an IB Diploma and an Associate’s Degree in political science from Miami Dade College. Having achieved exceptional academic success, Heavyn’s accolades include National AP Scholar, AP Scholar with Distinction, President’s Award for Educational Excellence and member of the National Honor Society. Heavyn describes her time with Breakthrough Miami as a Scholar, Volunteer and Teaching Fellow, as a watershed moment that pushed her to become a driven individual who consistently exhibits maturity, dedication, and tenacity. Her experience with Breakthrough has empowered her to pursue a variety of leadership positions in and out of school. From being a winning member of the Original Oratory Speech and Debate Team, a member of the district championship Girls Swim Team to Junior Class President and Senior Class Secretary, Heavyn is an active member of her school community. Outside of school, Heavyn is a member of the Youth Advisory Committee with The Children’s Trust and a member of the National Achievers Society, where she is also the Math Team Captain. She has also dedicated numerous hours as a volunteer at Breakthrough Miami, the Villa Maria Nursing Home, and Zoe’s Dolls. Heavyn’s  love of language and culture prepared her for the opportunity to be a 2019 Nyah Project Fellow, and travel to Bali for leadership development and community service. In 2020, Miami Dolphins owner Stephen Ross and the NFL Inspire Change program, honored Heavyn for her outstanding accomplishments with an invitation to attend Super Bowl LIV. Heavyn was accepted to numerous top institutions, including Harvard University, Yale University, Columbia University, Princeton University, Georgetown University, Bowdoin College, and the University of Miami. She will attend Harvard University in the Fall. 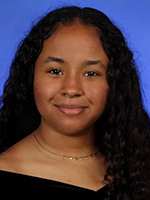 Scarleth Meggs is a senior at Young Women’s Preparatory Academy, and will graduate as Salutatorian and the only National AP Scholar in her class. She was declared the Student of the Year for her English course two years in a row, and maintained numerous leadership roles, including president of the Key Club, secretary of the School Robotics Team, Co-Founder of the Spirit Committee, president of the National Honor Society, and president of the Society of Women Engineers. During her sophomore year, Scarleth helped organize Girl Talk 1 on 1, a seminar for teenage girls at Miami Dade College. During her time with Breakthrough Miami, Scarleth aided the Girls Who Code elective, and she further pursued her interests in STEM by participating in the Minority Introduction to Engineering and Science; a highly selective residential summer program hosted at MIT, at which she earned the title of Most Spirited of Electronics. She was awarded a QuestBridge Match Scholarship, granting her a full ride to the Massachusetts Institute of Technology, and was also a mentee in the Miami Heat School to Work program, and culminated the program by receiving a full state university tuition scholarship. In addition to MIT, she was granted admission to Harvard University, Stanford University, Princeton University, Yale University, University of Michigan, Georgia Institute of Technology, University of Miami, Florida State University, and University of Florida. After four years of volunteering for Breakthrough and working with students, she seeks to pursue degrees in Urban Science and Planning and Computer Science in order to play a bigger role in education technology. 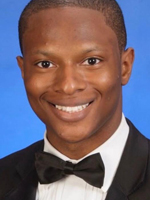 Bryce Smith is a senior at Palmer Trinity School where he was the vice president of the Gaming Club in his senior year, and a peer counselor since 10th grade. Bryce has pursued leadership opportunities in and outside of school having volunteered at the Greater Miami Youth Symphony since 4th grade and his school theater program since 7th grade. Bryce was also an active member of the Apollo Project, Palmer Trinity’s solar-powered race car initiative created within the school’s STEAM program. Bryce credits Breakthrough for helping him identify Palmer Trinity as a school option, and ultimately the ideal environment for him to find and grow his passions. Bryce fondly recalls the support of guidance counselor, Mr. Reynolds, who supported him through the admissions process, and remained engaged with Bryce through his academic trajectory at Palmer Trinity School. Aside from being a Breakthrough Miami Scholar, he also served as a Volunteer at Breakthrough for two years. Inspiring his future career dreams, Bryce shadowed renowned neurosurgeon Dr. Anthony Hall; a unique hands-on experience, which informed his academic pathway. This summer, Bryce is serving as a Breakthrough Miami Teaching Fellow, sharing his knowledge, zest for learning, and leadership skills with younger Scholars. Along with a Gates Scholarship, he also received a QuestBridge Match Scholarship. He will be attending Brown University to fulfill his dream of becoming a Neurosurgeon.

We are proud to celebrate Heavyn, Scarleth and Bryce on receiving the 2020 Gates Scholars award. We look forward to their continued leadership and determined efforts to positively shape the future of our community.

Join the Breakthrough Village. Change lives. Create Leaders. Transform our Community.
Breaking through starts with you. Get involved and make a gift today.