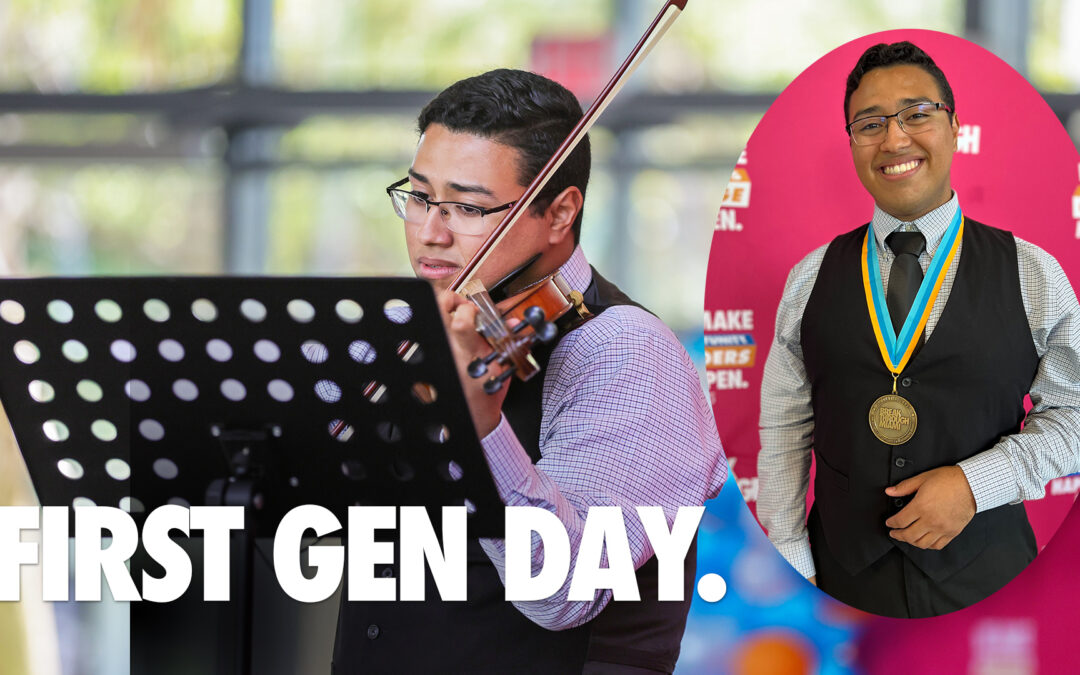 “It really spoke to me – that day I went to my mom and said ‘sign these papers,’ and I told her ‘this is my future.”

Today, we’re celebrating National First Gen Day and honoring the successes and achievements of our Scholars, alumni, and families who are defining new generational cycles of promise and prosperity. Breakthrough Miami supports over 500 First Gen students to catch their dreams yearly. Scholars like Richard Tijerino.

Richard Tijerino found his breakthroughs in music, teaching, and mentoring. Tenacious, curious, and creative, Richard has ambitiously pursued countless opportunities to elevate himself to the next level.

As a first-generation student, Richard acknowledges the significance of his journey to reach the University of Miami. His mother and father immigrated from Nicaragua to the US when Richard was still a baby 17 years ago. Richard recalls that education was valued and important for his family. While his grandmother only had the opportunity to reach 3rd grade and his mother earned the equivalent of a high school degree, they aspired to see Richard excel beyond his prior generations. Since he was little, Richard has been dreaming and envisioning becoming a Miami Hurricane.

Embarking on his Breakthrough Journey in fourth grade, Richard recalls Webber Charles, now Director of Student Achievement, coming to his class in Olympia Heights Elementary School to recruit fourth-grade students who were ready to commit to their own growth and development as Breakthrough Miami Scholars.

“It really spoke to me – that day I went to my mom and said, ‘sign these papers,’ and I told her, ‘this is my future.’

Now, Richard is a student at the Frost School of Music at the University of Miami, pursuing his degree in Music Education and a minor in Education. He was awarded the prestigious Presidential Music Scholarship II and is immersed in an intensive course load.

“I hope to work in the school system here in Miami – my favorite area is between middle and high school, and down the road, I want to pursue my doctoral degree.”

In the meantime, he is tutoring two young aspiring violinists, still in elementary school.♦

First-generation families represent the dreams and opportunities that define the cycle of promise in our community. We invite you to join us next week Thursday, November 17 for Give Miami Day in a movement to give back. A gift of any size not only makes a difference but creates the momentum to inspire others to join you in advancing Miami’s Opportunity Generator.